Thoughts from a Curious Rat...

Given the turmoil going on in my professional life and my need to pay down as much debt as possible, I’ve decided to self-publish another one of my books. I didn’t want to - I’d hoped this would be my professional debut with a real publisher, but life had other plans.

I love this book and the few who’ve read it already really enjoyed it as well. I whipped up a cover tonight and I’ve been going through the manuscript one last time to get it ready. I’d forgotten how exciting it is. For those interested in learning more about it, I’ve pasted the back cover blurb below, as well as the cover design.

I really hope people like it. It’s one of my favorite things I’ve written.

Kat Krueger has just come home to find her father murdered — and she is the prime suspect. When a stranger who knows who killed him — and why — rescues her, Kat is thrust into a cross-country hunt for the entrance to a top secret facility where dedicated researchers are making revolutionary discoveries while preserving and studying history’s greatest treasures. Kat must solve 400 years’ worth of clues to find the door her father died protecting before his killer does, save the people working behind it, and stop a vengeful murderer from destroying humanity’s greatest secret living right underneath our feet.

THE LIBRARY AT THE CENTER OF THE EARTH blends the fun and intrigue of NATIONAL TREASURE with MR. PENUMBRA’S 24-HOUR BOOKSTORE. 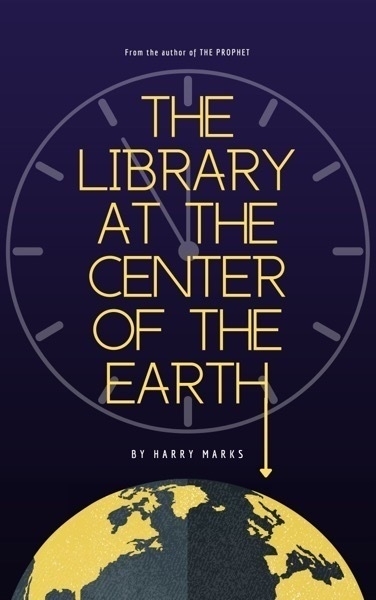